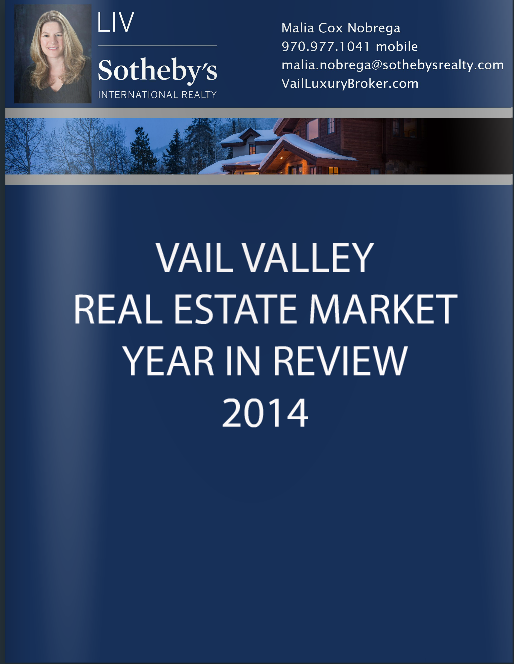 The Vail Valley real estate market total volume in December was the highest month since 2007 with $252,756,183. This brings the year end real estate sales total to $1.779 billion. This volume represents the highest yearly total since 2008.  Certain parts of the market are back to price levels we saw at the top of the market in the highest end luxury market and newer construction.  Some areas of the market are still not near their highest levels and tend to be older properties that are not in the heart of  Vail Village and Lionshead.   Much of December’s volume is represented by 2 sales; a Vail Village single family home, which sold for $18.5 million, and an Avon commercial property. Combined these 2 properties sold for $74 million.  I am happy to report that since March of 2014, when I began my full-time real estate career, I have sold or pending over $30 million dollars in sales volume.   I have a passion for the real estate market and marketing at the highest level.

These reports are a combination of reports compiled by Land Title Guarantee Company (which uses unofficial Eagle County Statistics) and reports from LIV Sotheby’s International Realty (which uses Vail Multi Listing Data from the Vail Board of Realtors).  Both sources are very useful as they present differently in their format and how they group the data and one or the other format may appeal to you.  Hopefully in reading through you get a good feel for the market that you are interested in following.